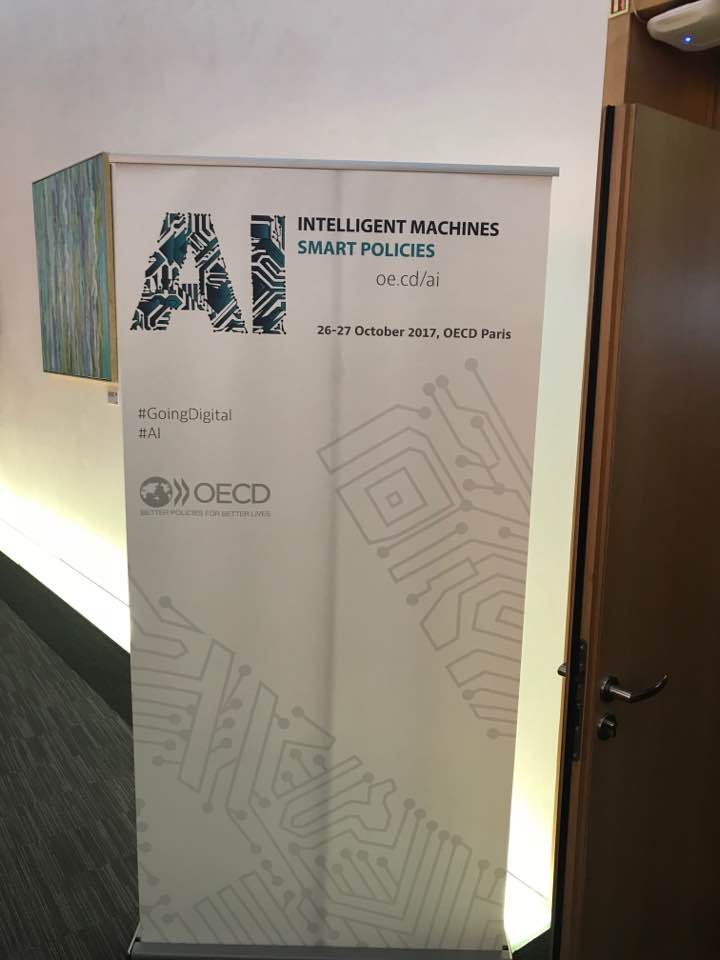 It is the end of the first day of a fascinating event in artificial intelligence, its impact on societies, and how policymakers should act upon what seems like a once in lifetime technological revolution. As someone rooted deeply in the world of cybersecurity, I wanted to share my point of view on what the future might hold.

Every new day we are witnessing new remarkable results in the field of AI and still, it seems we only scratched the top of it. Developments that reached a certain level of maturity can be seen mostly in the areas of object and pattern recognition which is part of the greater field of perception and different branches of reasoning and decision making. AI has already entered the cyber world via defense tools where most of the applications we see are in the fields of malicious behavior detection in programs and network activity and the first level of reasoning used to deal with the information overload in security departments helping prioritize incidents.

AI has a far more potential contribution in other fields of cybersecurity, existing, and emerging ones:

The extension into active defense is inevitable where AI has the potential to address a significant portion of the threats that today, deterministic solutions can’t handle properly. Mostly effective against automated threats with high propagation potential. An efficient embedding of AI inside active defense will take place in all system layers such as the network, operating systems, hardware devices, and middleware forming a coordinated, intelligent defense backbone.

A yet to emerge threat will be cyber-attacks that are powered themselves by AI. The world of artificial intelligence, the tools, algorithms, and expertise are widely accessible, and cyber attackers will not refrain from abusing them to make their attacks more intelligent and faster. When this threat materializes then AI will be the only possible mitigation. Such attacks will be fast, agile, and in magnitude that the existing defense tools have not experienced yet. A new genre of AI-based defense tools will have to emerge.

Consumers’ privacy as a whole is sliding on a slippery slope where more and more companies collect information on us, structured data such as demographic information and behavioral patterns studied implicitly while using digital services. Extrapolating the amount of data collected with the new capabilities of big data in conjunction with the multitude of new devices that will enter our life under the category of IoT then we reach an unusually high number of data points per each person. High amounts of personal data distributed across different vendors residing on their central systems increasing our exposure and creating greenfield opportunities for attackers to abuse and exploit us in unimaginable ways. Tackling this risk requires both regulation and usage of different technologies such as blockchain, while AI technologies have also a role. The ability to monitor what is collected on us, possibly moderating what is actually collected vs, what should be collected in regards to rendered services and quantifying our privacy risk is a task for AI.

In recent years we see at an ever-accelerating pace new methods of authentication and in correspondence new attacks breaking those methods. Most authentication schemes are based on a single aspect of interaction with the user to keep the user experience as frictionless as possible. AI can play a role in creating robust and frictionless identification methods which take into account vast amounts of historical and real-time multi-faceted interaction data to deduce the person behind the technology accurately.

AI can contribute to our safety and security in the future far beyond this short list of examples. Areas where the number of data points increases dramatically, and automated decision-making in circumstances of uncertainty is required, the right spot for AI as we know of today.

The underlying theme in many AI-related discussions is fear. A very natural reaction to a transformative technology that played a role in many science fiction movies. Breaking down the horror we see two parts: the fear of change which is inevitable as AI indeed is going to transform many areas in our lives and the more primal fear from the emergence of soulless machines aiming to annihilate civilization. I see the threats or opportunities staged into different phases, the short term, medium, long-term, and really long term.

The short-term practically means the present and the primary concerns are in the area of hyper-personalization which in simple terms means all the algorithms that get to know us better then we know ourselves. An extensive private knowledge base that is exploited towards goals we never dreamt of. For example, the whole concept of microtargeting on advertising and social networks as we witnessed in the recent elections in the US. Today it is possible to build an intelligent machine that profiles the citizens for demographic, behavioral, and psychological attributes. At a second stage, the machine can exploit the micro-targeting capability available on the advertising networks to deliver personalized messages disguised as adverts where the content and the design of the adverts can be adapted automatically to each person with the goal of changing the public state of mind. It happened in the US and can happen everywhere what poses a severe risk for democracy. The root of this short-term threat resides in the loss of truth as we are bound to consume most of our information from digital sources.

We will witness a big wave of automation which will disrupt many industries assuming that whatever can be automated whether if it is bound to a logical or physical effort then it will eventually be automated. This wave will have a dramatic impact on society, many times improving our lives such as in the case of detection of diseases which can be faster with higher accuracy without human error. These changes across the industries will also have side effects that will challenge society such as increasing economic inequality, mostly hurting the ones that are already weak. It will widen the gap between knowledge workers vs. others and will further intensify the new inequality based on access to information. People with access to information will have a clear advantage over those who don?t. It is quite difficult to predict whether the impact in some industries would be short-term and workers will flow to other sectors or will it cause overall stability problems, and it is a topic that should be studied further per each industry that is expecting a disruption.

We will see more and more intelligent machines that own the power to impact life and death in humans. Examples such as autonomous driving which has can kill someone on the street as well as an intelligent medicine inducer that can kill a patient. The threat is driven by malicious humans who will hack the logic of such systems. Many smart machines we are building can be abused to give superpowers to cyber attackers. It is a severe problem as the ability to protect from such a threat cannot be achieved by adding controls into artificial intelligence as the risk is coming from intelligent humans with malicious intentions and high powers.

This threat still belongs to science fiction which describes a case where machines will turn against humanity while owning the power to cause harm and self-preservation. From the technology point of view, such an event can happen, even today if we decide to put our fate into the hands of a malicious algorithm that can self-preserve itself while having access to capabilities that can harm us. The risk here is that society will build AI for good purposes while other humans will abuse it for other purposes which will eventually spiral out of the control of everyone.

Before addressing some specific directions a short discussion on the power limitations of policymakers is required in the world of technology and AI. AI is practically a genre of techniques, mostly software-driven, where more and more individuals around the globe are equipping themselves with the capability to create software and later to work on AI. In a very similar fashion to the written words, the software is the new way to express oneself, and aspiring to set control or regulation on that is destined to fail. Same for idea exchanges. Policymakers should understand these new changed boundaries which dictate new responsibilities as well.

Central intervention can become a protective measure for citizens is the way private data is collected, verified, and most importantly used. Without data most, AI systems cannot operate, and it can be an anchor of control.

Another area of intervention should be the way cybercrime is enforced by law where there are missing parts in the puzzle of law enforcement such as attribution technologies. Today, attribution is a field of cybersecurity that suffers from under-investment as it is in a way without commercial viability. Centralized investment is required to build the foundations of attribution in the future digital infrastructure. There are other areas in the cyber world where investment in research and development is in the interest of the public and not a single commercial company or government which calls for joint research across nations. One fascinating area of research could be how to use AI in the regulation itself, especially the enforcement of regulation, understanding humans’ reach in a digital world is too short for effective implementation. Another idea is building accountability into AI where we will be able to record decisions taken by algorithms and make them accountable for that. Documenting those decisions should reside in the public domain while maintaining the privacy of the intellectual property of the vendors. Blockchain as a trusted distributed ledger can be the perfect tool for saving such evidence of truth about decisions taken by machines, evidence that can stand in court. An example project in this field is the Serenata de Amor Operation, a grassroots open source project which was built to fight corruption in Brazil by analyzing public expenses looking for anomalies using AI.

The main point I took from today is to be careful when designing AI tools that are designated towards a specific purpose and how they can be exploited to achieve other means.

UPDATE: Link to my story on the OECD Forum Network.