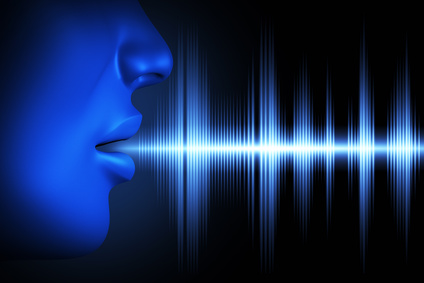 Siri apparently has started a revolution, at least public relations wise since voice activation has been around for quite a while but never seemed to be perfect. It seems people like to talk to her and she responds back. Few in the industry have written on the impact the new voice interaction paradigm might create -?Gigaom discusses the potential loss of mobile ad revenues?and Bloomberg reports on?Siri doubling data volumes. Voice indeed seems as a killer interface at first glance since it is more natural to operate once it is working well. Of course, the tolerance for errors is much lower than in touch and it can really drive you mad but it seems that the technological conditions are set for a good working model.

Still, the question of whether we will only talk with our devices in the future and not touch them arise. Before touch we clicked on things and when touch has matured to a good working technology we embraced it without second thought. Old nokia phones (apologize to the ones who read it and still own one:) seem now almost “ancient” as the dial phones seemed to the ones who started using touch tone phones back in previous century. Voice indeed hides such a promise where we can blurb at our phones whatever we want and our wishes will be fullfilled automagically. Let’s list the cool use cases we might do with out phones if they were fully voice activated:

And on and on…

So it does look promising but will it replace touch? One of the inner attributes of touch interfaces and mouse based graphical interfaces is the ability to interact in two dimensions. Interacting in two dimensions creates the ability to have a direct access to available data and actions and voice due to its serial nature is limited in this respect. A difference like then that exists among using tape cassettes and CDs, no need to fast forward. This difference puts the voice-based interaction into a much more limited scope where it can not replace the rich experience created by the visual and touch interaction. Still, in one area I am sure it will be a welcome replacement and that is where we need to go into serial processes on the phone itself using our rich touch interface – for instance typing texts, I hate it, especially on touch phones, I got big fingers and I wish I could dictate it with a good accuracy. It does not have to be perfect since I got enough mistakes when I type with my touch keyboard so I have some tolerance. Maybe a combination of the two would make a perfect match. Another area would be ?changing modes or states on the phone where the touch experience has limited value. For example unlocking the phone.

Another major fault of voice interaction is correcting errors and that is by-product of the serial vs. direct access interfaces. When you need to fix something said you get into a problem, like in real life with people:).

So what do you think, will voice make us all look back at touch interfaces as old and dirty?