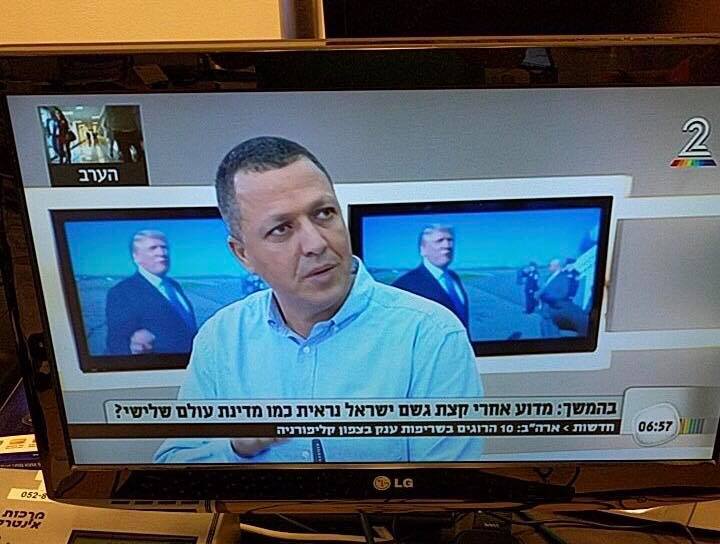 I got a call last night on whether I want to come to the morning show on TV and talk about Google?s recent findings of alleged Russian sponsored political advertising. Advertising that could have impacted the last US election results, joining other similar discoveries on Facebook and Twitter and now Microsoft is also looking for clues. At first instant, I wanted to say, what is there to say about it but still, I agreed as a recent hobby of mine is being guested on TV shows:)

So this event got me reading about the subject quite a bit later at night and this early morning to be well prepared, and the discussion was good, a bit light as expected from a morning show but good enough to be informative for its viewers. What struck me later on while contemplating the actual findings is the significant vulnerability uncovered in this incident, the mere exploitation of that weakness by Russians (allegedly), and the hazardous path technology has taken us in recent decades while changing human behavior.

The summarize it: there are political forces and citizens in the United States who are worried about the depth of Russian intervention in the elections, and part of that is whether the social networks and digital mediums were exploited via digital advertising and to what extent. The findings until now show that advertising campaigns at the cost of tens of thousands of dollars have been launched via organizations that seem to be tied to the Russians. And these findings take place across the most prominent social networks and search engines. ?The public does not know yet what was the nature of the advertising on each platform, who is behind this adverts, and whether there was some cooperation of the advertisers with the people behind Trump?s campaign. This lack of information and especially the nature of the suspicious adverts leads to many theories, and although my mind is full of crazy ideas it seems that sharing them will only push the truth further away. So I won?t do that. The nature of the adverts is the most important piece of the puzzle since based on their content and variation patterns one can deduce whether they had a synergistic role with Trump?s campaign and what was the thinking behind them. Especially due to the fact the campaigns that were discovered are strangely uniform across all the advertising networks budget-wise. As the story unfolds we will become wiser.

How To Tackle This Threat

This phenomenon is of concern to any democracy on the planet with concerned citizens which spend enough time on digital means such as Facebook and there are some ways to improve the situation:

Advertising networks make their money from adverts. The core competence of these companies is to know who you are and to promote commercial offerings in the most seamless way. Advertisements that are of political nature without any commercial offerings behind them are abusing this information targeting and delivery mechanism to control the mindset of people. Same as it happens in advertisements on television where on TV there is a control over such content. There is no rational reason why digital advertising networks will get a free pass to allow anyone to broadcast any message on their networks without any accountability in the case of non-commercial offerings. These networks were not built for brainwashing and the customers, us, deserve a high level of transparency in this case which should be supervised and enforced by the regulator. So if there is an advert which is not of commercial nature, it should be emphasized that it is an advert (many times the adverts blend so good with the content that even identifying them is a difficult task), what is the source of the funding for the advert with a link to the website of the funder. If the advertising networks team up to define a code of ethics that will be self-enforced among them maybe regulation is not needed. At the moment we, the users, are misled and hurt by the way their service is rendered now.

The primary advertising networks (FB, Google, Twitter, Microsoft) have vast machine learning capabilities, and they should employ these to identify anomalies. Assuming regulation will be in place whether governmental or just self-regulation, there will be groups that will try to exploit these rules, and here comes the role of technology in the pursuit of identifying deviations from the rules. Whether it is about identifying the source of funding of a campaign automatically and alerting such anomalies at real-time up to identifying automated strategies such as brute force AB testing done by an army of bots. Investing in technology to make sure everyone is complying with the house rules. Part of such an effort is opening up the data about the advertisers and campaigns of non-commercial products to the public to allow third-party companies to work on the identification of such anomalies and to innovate in parallel to the advertising networks. The same goes for other elements in the networks which can be abused such as Facebook pages.

Last Thoughts on the Incident

More thoughts on the weaknesses of systems and what can be done about it in a future post.