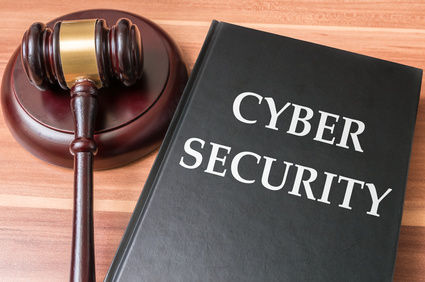 The surging amount of cyber attacks against companies and their dear consequences pushes companies to the edge. Defensive measures can go only so far in terms of effectiveness, assuming they are fully deployed which is also far from being the common case. Companies are too slow to react to this new threat which is caused by a fast-paced acceleration in the level of sophistication of attackers. Today companies are at a weak point. From a CEO perspective, the options available to mitigate this threat are running out especially considering the addition of state-sponsored attacks to the game and the unclear role of the government and their inability to effectively intervene.

So what can companies do? Attack back.

Attacking the attackers were and are always an option that remained in the heart of people and maybe spoken out very quietly due to the very simple reason of legality. Unlike self-defense in the real world which may allow you to use violence in order to stop an offender in the cyber world, you can only defend yourself passively and wait for law enforcement to come to the rescue.

What attacking back actually means? Many times you don?t know where the attack came from and who is behind it so whom to attack? It depends on the type of attack and the events happening after the attack. In many cases, there is a good chance a counter-attack can help minimize the damage or maybe eliminate it. In Sony’s case, there was later a counterattack (allegedly) by Sony (allegedly) trying to disrupt the download of the stolen files. From an offensive point of view, the low amount of servers serving the stolen files is a weakness and it is possible to try to stop it. It is not always true where if the files are to reside on another big company’s data center then stopping it can be impossible and definitely problematic in terms of getting into a fight with another company. So in order to have an effective counter-attack, you need to find a weakness. And many times it is not difficult. For example, in a phishing attack where the web pages holding the impersonating website a weakness can be found and it is the servers who hold those pages – taking them down should not be a problem. Another example of attacking back is responding to a DDOS or a spam attack with a counter DDOS and ultra spam attacks. In DDOS which is a distributed denial-of-service attack, it can be a bit more problematic since it is distributed by nature and run on many servers though I can easily imagine a cloud-based elastic service that response back effectively. Same for spam, why can?t someone send 100 emails back for each one received – let’s see them handling the volume of incoming mail. Symantec had a very nice cover from a technical perspective on counter-attacks, although from 2006, 8 years ago, still it is valid on many points.

The benefits of attacking back are three:

Prevention – To stop an ongoing attack were leaking the stolen data from my point of view is just another lateral step in the same attack. As a side note, everyone says the attack of Sony has ended (not everyone) but as long as files are still leaked out then it is still going on from my point of view. The bad guys have not been stopped yet. In terms of prevention also delaying an attack using counter strikes can be valuable.

Remedy – In cases where the stolen data can be identified to be located in a certain place then attacking back to retrieve it or just delete it is definitely an option.

Revenge – The sweet taste of revenge although doesn’t sound very business savvy is something that exists because we are all human.

Waiting for government help can take a long time and this raises the question of what is moral to do in between when you are at high risk with no protection and no one can help you and you can?t respond.

The problem with governmental intervention has several aspects (just to be clear, it is not that they don?t do anything, on the contrary, they do a lot but it is just far from being enough):

There is another point to consider in regards to government and enterprises and that is the idea of accessing the government intelligence systems by the enterprise. The enterprise is naturally limited in their view of the attack sources and maybe the solution is to allow the security team of the enterprise to extend their view with the data available by the government. Of course, this requires deep thinking about isolation and privacy but still, it is an option which can be a basis for devising a prompt response.

Of course is in any other unsolved problem there are those who try to make money out of it. ?There are several companies or entities offering attack back services though due to legality issues they don?t stay public for too long. I am pretty sure there are quite a few services like that which are off the radar. I tried to look for some open-source counter-attack projects but could not find such and to be honest, it is surprising there are none.

To summarize, it is a complicated matter and a lot is going on behind the scenes so we are far from knowing the full dynamics. But definitely, something to contemplate on.

A small disclaimer, this post is not aimed to suggest people attack back, it is just meant to raise the awareness on different aspects of cyber warfare.